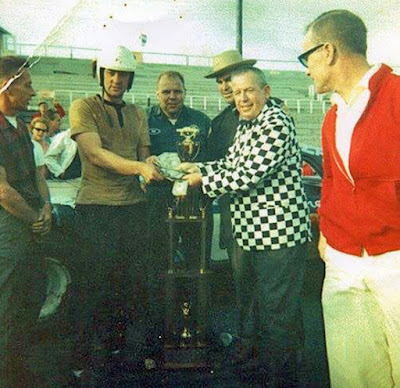 After snatching the lead from Eric Johnson, Prairie View, Ill., on lap 128, he had no difficulty maintaining it the rest of the distance in winning the second annual event.

In this 50-miler on the high-banked, quarter-mile asphalt oval, Jim Sauter of Minneapolis led the first 18 circuits. Three laps later, however the Minnesota jockey was forced from competition when he was lapping another car and they both tangled, hitting the wall in the second turn.

Johnson inherited the lead after the cleanup and led until Walbeck took over for good.

In the consolation event, Danny Bellard of Beloit, Wis., cashed in when Jim Back, Vesper, Wis., momentarily lost control after the white flag flew.