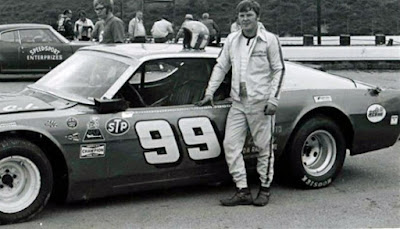 Trickle, coming from his 30th starting position in the 33-car field, took command on lap 35. Only once did he relinquish the lead and that was on lap 129 when he took a pit stop for gas. It took 28 laps to regain the lead from Don Leach of Beloit, Wis.

From there on, it was all Trickle with Marv Marzofka of Nekoosa, Wis., finishing a distant second.

The two-day event started out Saturday with time trials and qualifying race.

Trickle would blow an engine in hot laps but would quickly replace it and set fast time, touring the 5/8-mile in 20.78 seconds, just short of the track record of 20.74 seconds, which he holds.

Greg De Lapp won the third and final 20-lap qualifier and the 33rd starting position but blew an engine hot lapping before the 200-lapper and gave his starting spot to the consolation winner who would be Ken Mann.