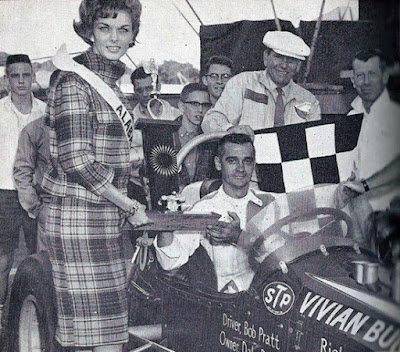 The one-lap track record of 23.78 seconds for the half-mile flat asphalt track was lowered eight times, with Pratt again posting the fastest time for the pole position with a new record of 22.58 seconds.

Jim McCune of Toledo, Ohio, won the third 8-lap heat and hung up a new record for that distance in the Price-STP Special, with a time of 3 minutes and 6 seconds.

Following Pratt across the finish line in the feature were McCune, Greg Weld of Kansas City, Don Brown of San Fernando, Calif., and Sonny McDaniels of Houston, Tex.