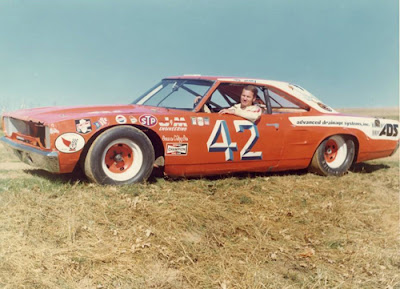 Huron, S.D. (May 20, 1972) – Irv Janey of Cedar Rapids, Iowa, who is in his fifth year of racing on the International Motor Contest Association circuit, gained the lead within the first two laps of the Fair City 50 on Saturday night at the State Fairgrounds Speedway and captured first-place honors in the 50-lap feature race.

Ronnie Muth, a local racer from Huron, was in the lead position during the first laps of the race, but an early mechanical problem forced him to slow and drop to the middle of the 12-car pack.

Janey and his 1972 Plymouth finished ahead of Mike Haugen of Sioux Falls, S.D., who drove a 1968 Plymouth. Thurman Lovejoy of Kansas City, Mo., finished third ahead of Ronnie Muth and Butch Hall of Russell, Minn., rounded out the top five.