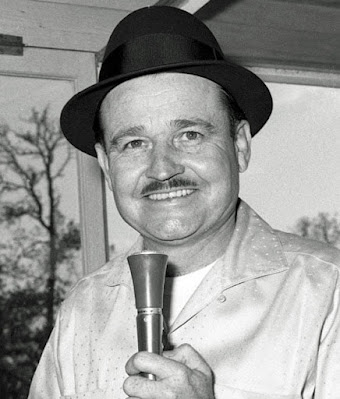 Dolton, Ill. (May 27, 2021) - Missing today is a piece of the fabric that made up Chicago area automobile racing for over 50 years. Legendary announcer and motorsports writer, Wayne Adams passed away at his home here on Thursday morning at the age of 102.

“Well good evening ladies and gentlemen. Once again this is Wayne Adams bidding you welcome to Raceway Park.”

That’s the way Wayne Adams use to open up a night of racing at Raceway Park. Adams was the “voice” of the Chicagoland raceway for some 40-plus years. Adams, born in St. Joseph, Mo., on April 15, 1919, was the speedway’s announcer, beginning in 1947 and ending after the 1989 season. With his distinctive-sounding voice, he would announce 2,625 races in seven states during his career – more than 2,000 of those at Raceway Park – once known for hosting racing sometimes four-nights-a-week.

Adams came to Chicago after graduating high school to live with his mother and stepfather. Adams witnessed his first auto race – an indoor midget racing program at Chicago’s 124th Field Artillery Armory, which was a few blocks away from his home, in 1936.

"I went over there one Sunday night and saw midgets for the first time," reminisced Adams many years later. "I was so enthused and so excited about the action that I saw there and that was it. That was the start of it. I never missed a Sunday night after that during the winter of 1936-1937."

Adams bought a camera and began taking photos at the races. Long before interstate highways, Adams, along with the mother and stepfather traveled to numerous “big car” events, including races at Indiana tracks like Jungle Park, Winchester, Fort Wayne and Hammond and Ohio speedways in Dayton and Greenville.

Adams became a correspondent for the old weekly auto racing newspaper, Illustrated Speedway News, in December of 1940 and would write race result stories and his column, Midwest Whispers, until the paper ceased publishing in the early 1980s. Before World War II, he was also the official scorer for a time at Raceway Park. During the War years, Adams was a member of the United States Army and was a First Lieutenant in the Combat Engineers Battalion, serving his country for some four years including one year in the Philippine Islands.

Prior to his overseas duty, Adams married the former Grace "Boots" Stevens in November of 1942. He had met his future wife at a skating rink in April of 1940. The couple raised four children, Wayne Jr., April Darlene, Jill and Craig with grandchildren and great grandchildren following. His beloved “Boots” passed away in March of 2016.

In 1947, Adams announced his first racing program – a United Auto Racing Association (UARA) midget event at Chicago’s Hanson Park Stadium. Before he knew it, he was also the announcer at Raceway Park (for the first time on August 2, 1947) and Soldier Field – handling the weekly PA duties at all three major Chicagoland speedways in his first year of announcing.

He announced the area’s first short track stock car races at Gill Stadium in Chicago during the latter part of 1948. "It seemed like the people screamed for a half hour after a 10-lap race," remembered Adams years later.

Adams announced over 100 racing events in 1948 including programs at Raceway Park and UARA races. He also announced at various tracks in the Midwest, announcing IMCA “big car” races and handling the microphone at Indiana’s Schererville Speedway (later renamed Illiana Motor Speedway) during some of the track’s early weekly Sunday afternoon stock car races in 1950. He even promoted some stock car races at the fairgrounds track in Danville, Ill., in 1951.

Several times Adams did the announcing for televised races from Raceway Park, including in 1954 when the races were “live” on WBKB, the Chicago area ABC station.

"I remember the first Police Benevolent race at Soldier Field that I worked in 1947," said Adams decades later. "They had 77,000 people for that midget race. I'll never forget that night. I was so scared. I was never nervous before, a little concerned maybe, but not nervous. But that night at Soldier Field, I walked out into the infield and there were about 30,000 people already there for time trials. Later that night, I thought here's a little boy from Missouri announcing in Chicago before 77,000. I’ve really hit the big time."

Adams was a trophy salesman by trade, traveling throughout the Midwest to bowling pro shops and sporting goods stores. He built some impressive-looking trophies for Raceway Park and other local speedways in addition to the Tom Marchese-promoted “Milwaukee Mile” in Wisconsin. Adams even sold some trophies to Bill France Sr. for NASCAR’s “Speed Week” in Daytona Beach, Fla., in the early 1950s.