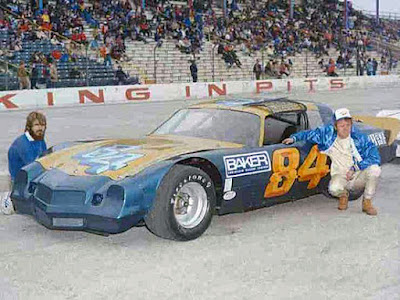 West Allis, Wis. (May 7, 1978) - Bob Senneker of Dorr, Mich., took home the top prize, three Wisconsin drivers made the top five finishers and 19-year-old Mark Martin of Batesville, Ark., gave his fans something to cheer about.

Senneker, Martin and Phillips, all driving Camaros, battled for nearly the first 100 miles of the 150-mile event, exchanging the lead several times and pulling away from the field before a spin-out caused the caution flag to go out on the 106th lap with Martin in front.

Many of the drivers headed for the pits under the caution flag, but Martin stayed on the track, with his pit crew frantically trying to have him come in for refueling.

"I didn't want to come in until the pace car was out," Martin said, adding that he did not know the pace car would try to move in front of his car "I had no idea I was leading the race.”

Officials said the drivers failed to slow down enough, and the pace car was sent out to take a position ahead of Martin and slow the field.

However, Martin collided with Randy Sweet's Firebird as the two tried to avoid the pace car and other cars that had already slowed, and Danny Darnell also nicked one of their cars There were no injuries.

"I was coming down the back straightaway, just maintaining the space behind the car ahead when I saw the pace car coming up,” said Martin, who was the ASA rookie of the year last season and had won the pole position with a track record 114.452 qualifying speed. "I just couldn't get it slowed down."

Wayne Doebling, an ASA spokesman, said they felt the drivers, most of them accustomed to shorter tracks, probably didn’t realize they still might have been traveling nearly 100 mph after slowing down somewhat.

Questions about the final standings kept officials busy several hours after the race, and they admitted a mistake was made in allowing Senneker’s car to advance with two other cars to the end of the field on the 112th lap.

However, Doebling said Phillips only gained one second on Senneker from the 125th lap, the first full lap after the caution flag was finally lifted, until the end, and the mistake thus would probably not have affected the outcome.

Watson, who competed in a Buick Regal, won two out of four United States Auto Club events on the State Fair track last season when he was named the USAC rookie of the year.

He said that in the ASA event, featuring lighter cars than are allowed in USAC races, there was “not a minute to rest out there” because of the stiff competition.

Watson, who battled with Trickle for the sixth position through much of the early going, said his strategy called for a late sprint.