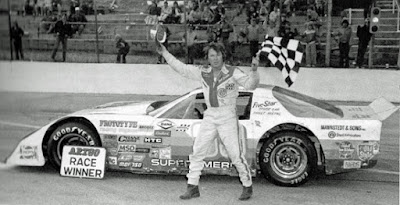 Trickle posted a near record fast qualifying lap of 18.076 seconds and then pushed his 1983 Firebird to win the first 50-lap feature. He then took the lead in the second 50-lap feature with a clean sweep in mind.

However, defending Capital track champion Joe Shear of Beloit battled back to regain the lead from Trickle with five laps remaining to win the nightcap.

Trickle was awarded the overall win, with Shear second.

The 25-lap semi-feature was stopped by a five-car accident early in the race, sending drivers Richard Lofy of Madison, Joe Tyrell of Sycamore, Ill., and Spike Lindley of Tomah to various hospitals. All three were treated and released.