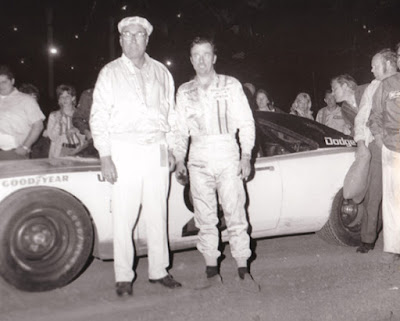 White gained the lead from Jack Bowsher of Springfield, Ohio, after Bowsher experienced problems trying to avoid hitting Gordy Blankenship of Keokuk, Iowa, who spun out.

The early part of the race saw a tight battle for the top spot.

The race saw four cautions, most seriously was Paul Feldner of Colgate, Wis., escaping serious injury when his car rolled multiple times during the feature.