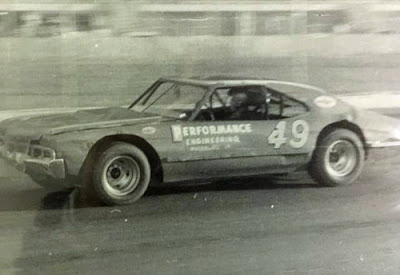 Stover, who also won the title in 1971, started on the outside of the first row, took the lead on the second lap and was never threatened by the 22-car field in the 35-lap event before a crowd of 4,395.

It started to rain shortly after the feature began and Stover, who drove a 1969 Chevelle, said, "It made it a little tough, but I was working too hard to worry about it. They could have shortened the race a little though."

Embrey, who drove a 1965 Chevelle, said he had "no confidence whatsoever" despite leading the field of 24 the entire way because it was "the first season championship I've finished in the six years I've raced here."

The victory gave Embrey the season point title. Billy Geil and Marvin Korns, both of Des Moines, placed second and third, respectively. Ron Van Roekel of Otley, driving a 1958 Ford snared the sportsman semi-main with Bill Carter of Des Moines taking second and Fred Knapp of Des Moines, who was second in point standings before Friday, taking third. Knapp failed to finish the feature due to fan belt problems.

The late model semi-main was won by McDonough. Lefty Robinson of Des Moines claimed second and George Barton of Ankeny was third.