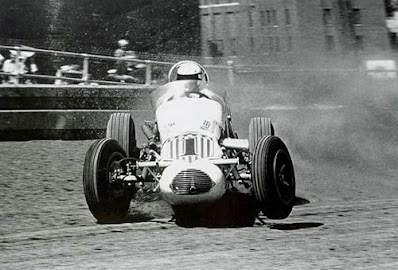 Leading from the pole position, which he won at a record clip of 103.986 miles per hour, the two-time Indianapolis “500” champion raced the distance in 1 hour and 4 minutes, for an average speed of 93.545 mph.

Seventeen of the 18 starters finished the race. The missing was Parnelli Jones of Torrance, Calif., who spun on the very first lap, returned to the race but was out for good a few laps later with mechanical issues.

It was also Ward’s third triumph of the year, having won 100-mile events at Milwaukee and Springfield, Ill.