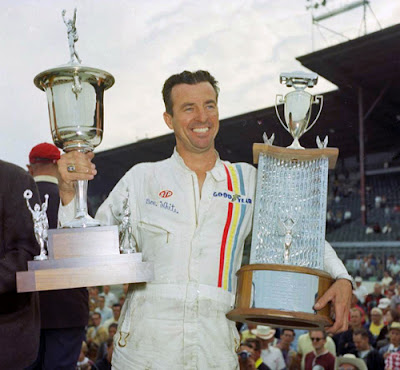 Don White of Keokuk, Iowa, is all smiles after winning the Governor's Cup at the Milwaukee Mile.

Nelson, who led the pack for the first nine laps, then had to make a pit stop because of tire trouble, had all but clinched the USAC crown on points before Sunday’s event. The club often adds races to the schedule towards the end of the season, however, and Sunday’s finish insured his title no matter if races are added or not.

White, who is second in the point standings, averaged 93.460 miles per hour and led for all except 42 laps over the one-mile paved oval.