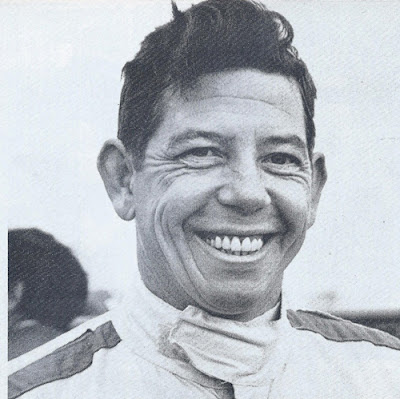 Nordhorn took the lead away from Ray Wright of Elkhart, Ind., and withstood the challenges of Wright in a bumper-to-bumper battle down to the checkered flag.

The time for the 25-lap main event was 8 minutes and 43 seconds, a new track record for distance. The old track record was 9 minute and 9 seconds held by Jerry Blundy of Galesburg, Ill.

In time trials, Don Carmichael of Chicago set a new half-mile record, turning the oval in 19.72 seconds to break the old record of 19.76 seconds held by Dick Gaines of Mishawaka, Ind.