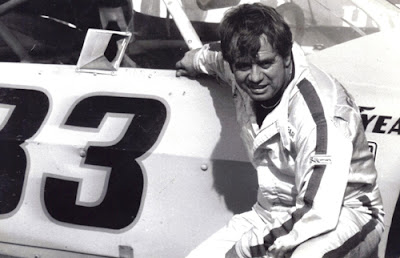 Run as an open competition event last year, the race was sanctioned by NASCAR’s Grand American division this season.

Byrd began his domination of the event in time trials Friday night, setting fast time by turning a 19.489-second lap on the 5/8-mile semi-banked asphalt oval to capture the pole position for the 500.

Byrd then made good use of his front row starting berth, vaulting into the lead at the onset.

Only Donnie Allison seemed able to match the speed of Byrd’s Stan Yee-built 1977 Firebird in the early going. But the Hueytown, Ala., chauffer had to overcome the handicap of starting 33rd in the 40-car field.

Allison was relegated to a poor starting berth when mechanical problems prevented him from earning one of the 30 starting assignments, which were determined in Friday’s qualifying. However, Allison gained his spot in the feature by capturing his 10-lap qualifying race.

Allison’s spectacular early drive took him to third place by lap 50. However, his Camaro lasted 54 additional circuits before being sidelined by mechanical issues.

Gene Morgan of Travelers Rest, S.C., put a rush of his own as the race neared the 150-lap mark and stormed into the lead. However, the torrid pace proved too much for Morgan and he had to be relieved by Gene Glover.

Morgan’s Camaro also failed to last the distance. On lap 381 Don Biederman’s car blew an engine in turn three, spewing oil on the track. Glover’s car slid into the oil and crashed into the outside wall, damaging the car so severely that it had to be withdrawn.

Larry Detjens, driving a 1978 Oldsmobile Cutlass in relief of Mike Miller, held the upper hand as the event approached the 400-lap mark. However, Hanley, now in relief of Byrd, overhauled Detjens on lap 450 to take the lead he would never relinquish.

Hanley continued a blistering pace throughout the closing circuits and lapped Detjens with two laps remaining en route to an easy victory.

The team of Miller and Detjens placed second with NASCAR star Harry Gant third in a 1976 Omega.

The team of Byrd and Hanley took home $10,000 for their victory.