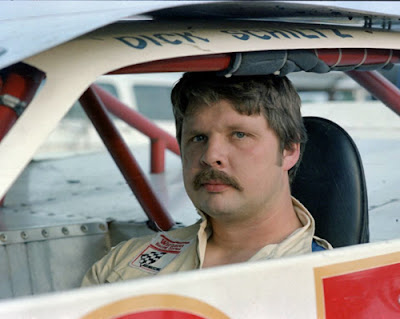 The event marked the first time a NASCAR Grand American race had been held in Minnesota and was also the first NASCAR event ever staged on a dirt track in the Gopher State.

Schiltz is the current NASCAR central Region point’s leader in the Winston Racing Series and the Fairmont victory was one of eight he has posted thus far this season.

Finishing second to Schiltz in the 50-lap main event was Tom Bartholomew of Waterloo, Iowa, third went to Roger Dolan of Lisbon, Iowa, fourth was Gary Tigges of Durango, Iowa, and fifth was Scott Braun of Cedar Falls, Iowa.

National Winston Racing Series point leader Mike Alexander of Franklin, Tenn., made only his second dirt track appearance ever and finished 15th in an asphalt car re-worked for dirt.

Alexander is the Southern Region leader in NASCAR but is the overall National leader on the basis of his 17 feature wins. Schiltz is third in that category with his eight feature wins and Richie Evans of Rome, N.Y., the Northeast Region leader, is second with 12 victories.