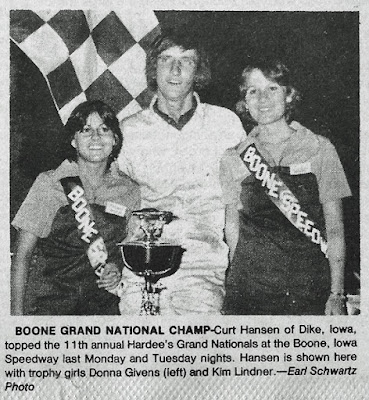 Sanger owns the cars that the two drove and Hansen's responsibility is to build the engines.

Hansen has won 10 of the last 13 features in which he has participated and has grossed more than $24,000 from stock car racing for the year. He had attempted to qualify for the feature event, three times but this is the first year he made it.

Don Hoffman of Des Moines gave Sanger a tough battle for second place. Hansen, however, had it easy, winning by about 100 yards over Sanger.