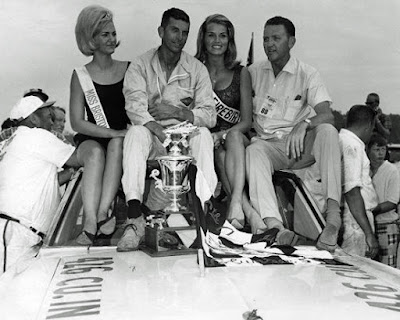 Fighting his way back from a two-lap deficit in the last 150 circuits, Goldsmith whittled away steadily from second spot at the margin separating him from Richard Petty of Randleman, N.C.

It wasn’t an easy task, but a couple of caution-flag slowdowns and the superior handling of his car helped Goldsmith eat up the racetrack.

Petty, complaining of a recent whiplash injury suffered in a previous wreck, gave up his car to relief driver Jim Paschal on lap 376. From then on it was just a question of time before Goldsmith caught up.

A crowd of 21,000 cheered on the Hoosier aircraft engineer’s pursuit, but only four laps remained when Goldsmith pulled in front of the bright blue Petty Plymouth for good, and at the finish he was only two car lengths ahead.

David Pearson of Spartanburg, S.C., was third in a 1966 Charger. Paul Lewis of Johnson City, Tenn., finished fourth in a 1965 Plymouth.

For the first 376 laps the race was primarily Petty’s with Goldsmith in the second spot, comfortable in a driving suit ingeniously cooled by circulating ice water.

After starting third, Petty took the lead of the 160th lap and gradually built up a commanding margin. At one time he was a full two laps ahead while Goldsmith and Pearson dickered over second place.

Top qualifier Curtis Turner of Charlotte, N.C., who astonished veteran racing analysts by placing a 1966 Chevrolet on the pole position, led the first 80 laps but eventually was forced to retire with a broken rocker arm. 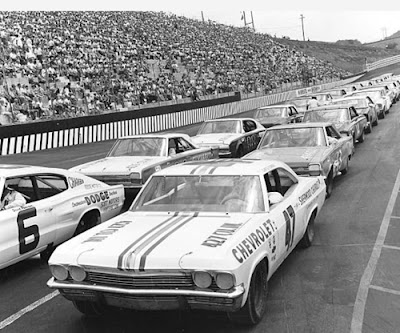 Curtis Turner (47) and David Pearson (6) lead the field to green for the Volunteer 500.