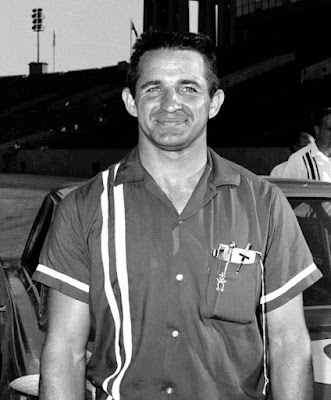 Ernie Derr, the seven-time IMCA national stock car champion, was also lapped, the first time that’s happened in over five years. He still managed to hold on to finish second.

Racing before 9,237 spectators, Stott completed the century grind in 31 minutes and 3.27 seconds for his second IMCA victory on the Soldier Field track. He won the 75-lapper here on June 24.

Ike Knapp of Detroit, Mich., finished third and was followed by Dave Hirschfeld of Midlothian, Ill., and Frank Freda of Chicago.

Two Chicago area drivers, Rich Kleich and Bill Shoulders, would give Stott some problems early on in the feature but mechanical issues forced them both to the sidelines.

The two heat races were won by Paul Feldner of Colgate, Wis., and Shoulders. Shoulders also won the trophy dash.