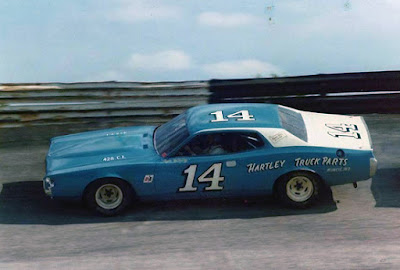 Moore, driving in place of Roger McCluskey, led from start to finish with Butch Hartman, winner of USAC’s first two races, placing second and Ralph Latham third. The original second-place finisher, Jeff Bloom, was disqualified after the discovery of an illegal roller cam in his Camaro.

In the feature, Jim Bowsher and George Coonrod tangled on lap 21, sending Coonrod into the wall in turn one. No one was hurt.

Point leader Hartman set quick time in qualifying, touring the high-banked track in 19.332 seconds. Even though he started from the pole position, he could never get around Moore and in the late stages of the race, was lapped by the winner.