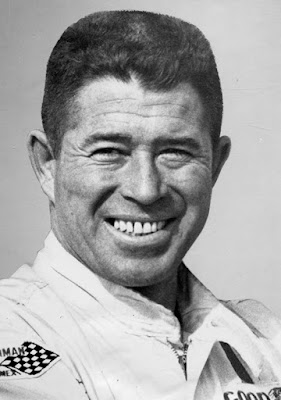 With the victory, McCluskey picked up 100 points to add to his first-place hold in the USAC stock car standings.

Foyt held the lead from the start of the race except for a brief six-lap period when McCluskey charged and caught him, setting up a see-saw battle three-quarters through the race.

Foyt, a three-time Indianapolis 500 winner, shot past McCluskey on the 96th circuit of the 118-lap contest and opened up a lead of almost a full minute on the 1.7 mile course.

Foyt was rounding the sixth turn on the narrow, winding strip with victory only two full laps ahead when he blew a tire and ha to nurse his Ford Torino back to the pit area.

McCluskey moved back into the lead and held it for the checkered flag. He averaged 78.03 miles per hour, over the 200-mile course.