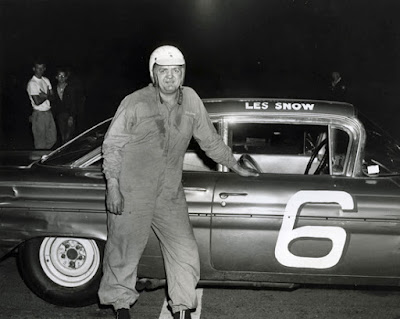 Les Snow poses next to his 1960 Pontiac prior to action at Soldier Field. - Wayne Bryant Photo/Stan Kalwasinski Collection

Nelson grabbed fast time honors with a lap of 23.67 seconds around the oval, which USAC listed as a half-mile as the track was extended to the far north end of the stadium.