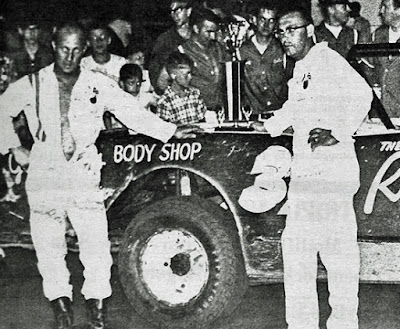 Mark Mosier of Washington, Iowa, finished second in the feature to take over the MVSC point lead with 106 points.

Stan Crooks of Muscatine, Iowa, was leading the 50-lap main event until lap 44 when he got caught in lap traffic, allowing Morris to slip by for the lead and the eventual win. Crooks would retire to the pit with a faulty gas line.

Tom Harris of Iowa City, Iowa, picked up the first win of the evening in the trophy dash. Wahlee Brown of Rock Island, Ill., was the first heat winner while Morris took the second heat. Tom Stewart of Washington, Iowa, grabbed the victory in the third heat and Darting took the fourth heat.

With 41 cars entered, a consolation was needed. John Noble of Burlington, Iowa, followed by Charlie Moffitt of Stanwood, Iowa.