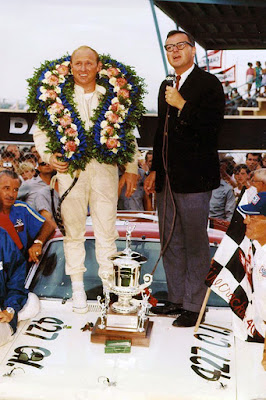 In winning his second race in a row over the high-banked Daytona International Speedway, the blond driver from Charlotte, N.C., picked up a tidy sum of $42,250 in the richest stock car race in history.

Yarborough, who won the Firecracker 400 here last July 4, passed his sound-alike on the stock car circuit, LeeRoy Yarbrough, with only seven miles to go in the grinding 500-miler.

LeeRoy collected $17,525 for his second-place finish.

“My heart fell at least four times,” said Yarborough, as he sipped a soft drink and wiped the grime from his face afterwards. “It just seemed like we were always having a lot of pit stops and each time I felt like ‘this is it’.”

First it was a bad transformer, said Yarborough, the two stops for cut tires and a fourth stop for an overheating engine.

Fifty sparkling stock cars rolled under the green flag at 12:30 pm, but only 19 followed Yarborough across the finish line 3 hours, 23 minutes and 44 seconds later in a race marked by several wrecks in front of the grandstand.

Although the finish was one of the most exciting in stock car racing history, Yarborough failed to set an expected new record due to 11 caution flags, which were flown for 58 laps of thee race for wreck debris on the track.

The $200,000 race was watched by a crowd of nearly 100,000 racing fans and was seen on closed-circuit television in England, Europe and Japan.

Petty, the Randleman, N.C., flash who was one of thee favorites in his new Plymouth Roadrunner, took the lead briefly early in the race but had to make several unscheduled pit stops because of windshield trouble. He finished eighth, two laps behind Yarborough.

The first three cars were in the same lap with David Pearson of Spartanburg, S.C., in a 1968 Ford leading a pack of four other car a lap behind the leaders. Pearson finished fourth, followed by Paul Goldsmith of Munster, Ind., in a 1968 Plymouth; Darel Dieringer, Charlotte, N.C., 1968 Plymouth; and Al Unser, Albuquerque, N.M., 1968 Dodge. 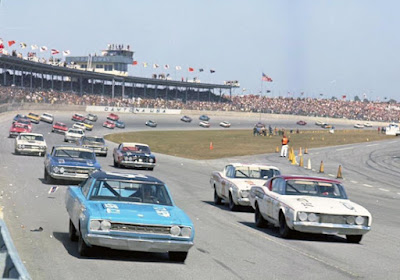