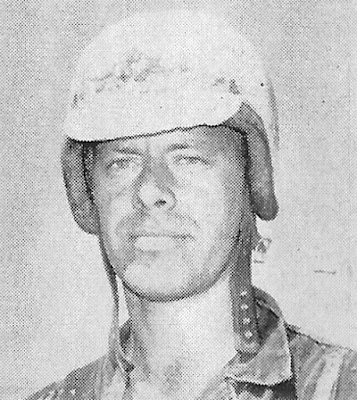 Pouelson, pressed most of the way by Buzz Barton of Tampa, led field from the first lap and was clocked in 9 minutes and 12.13 seconds to erase the former record of 9 minutes and 20.24 seconds set by Bobby Grim in 1955.

The crowd of 4,700, the largest mid-week crowd ever to attend fair races, saw plenty of action in the International Motor Contest Association-sanctioned program.

The drivers started warm-ups with knob tires but found they couldn’t get a grip on the glass-like surface. Then the pits erupted into a bustle of tire changes as drivers and mechanics swapped to semi-knobs and slicks.

Apparently both Pouelson and Barton found the right combination and ran away from the rest of the field in the main event. Pouelson was about five car lengths in front of Barton as he caught starter Johnny Hick’s checkered flag.

Behind Pouelson and Barton were Jim Hurtubise of Gardena, Calif., Al “Cotton” Farmer of Fort Worth, Tex., and Red Amick of Muncie, Ind.