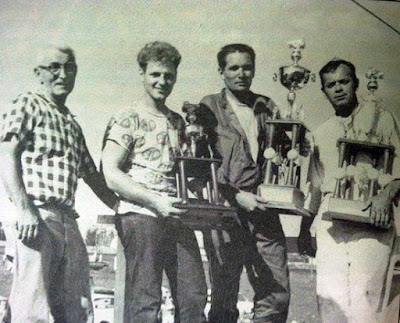 The race was postponed from Saturday night because of rain after two preliminary events.

Weld moved into the early lead, pacing the 20-car field through the first 6 of the scheduled 25 laps. Ray Lee Goodwin, also of Kansas City took over the lead on lap 7 and led the next eight circuits until Beckman took over and led until lap 19. Woodside was never worse than third.

A crowd of 6,233 watched Saturday’s rain-shortened program and about the same number showed up for the Sunday matinee.