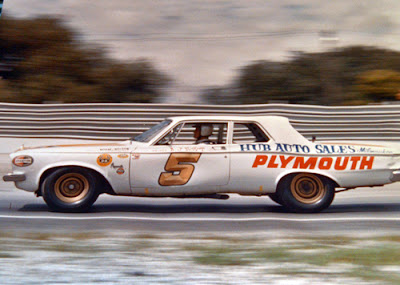 The lead changed 11 times on the ideal, sunbaked day for racing.

Foyt got the lead for keeps on lap 109 after USAC road racing champion Roger Penske of Gladwyne, Penn., was eliminated by a locked differential.

There were six different leaders.

Parnelli Jones of Torrance, Calif., Speedway record holder who started on the pole, led the first 27 circuit before the rear end went out on his 1963 Mercury.

He yielded to fellow Southerner Turner who kept it for laps 31 and 32. Dan Gurney of Costa Mesa, Calif., led lap 33 and 34 and then it was Roberts back in from on lap 35 through 44.

Penske then took command of thee chase and led from lap 45 through 79. Foyt passed him on the backstretch during the 80th circuit to lead for the first time.

When Foyt made a pit stop on lap 90, Penske was out front once again. Foyt experienced a badly handled pit stop which took almost 90 seconds.

Penske had things well in hand until lap 97 when Roberts passed him on lap 98 and led through 101.

Roberts, however, would spin out on the hairpin turn when his engine broke a rod and the car slid in its own oil on the 101st lap, yielding the lead back to Penske. Penske would hold it for only seven laps before breaking down himself.

Foyt would make a precautionary stop on lap 115, but this time it was a quick in and out and he maintained his lead.

Foyt waved a greeting to the crowd with his left hand as he took the checkers from starter Pat Vidan.

Promoter Joe L. Quinn Jr. was extremely gratified at the crow response and announced the road race for late models would be made an annual fixture on Raceway Park’s schedule.

The only serious mishap was when Eddie Sachs of Fraser, Mich., slid off the course and smashed into the guardrail late in the race. He was not injured.