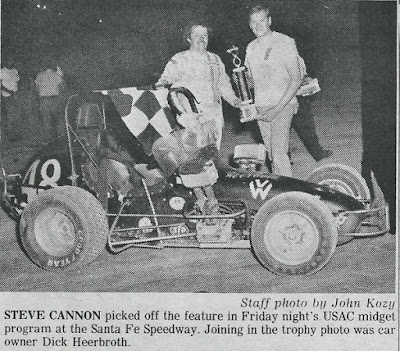 It was the 20th career feature triumph in the division for the 38-year-old resident of Danville, Ill.

Steve Lotshaw charged into the lead of the 30-lap event and remained in front until lap 4 when Cannon, who had started eighth, took over for good.

Cannon’s triumph prevented Caruthers from scoring a sweep in the program. Caruthers had opened the evening by setting fast time with a 14.52-second effort in qualifications and then won the first heat.