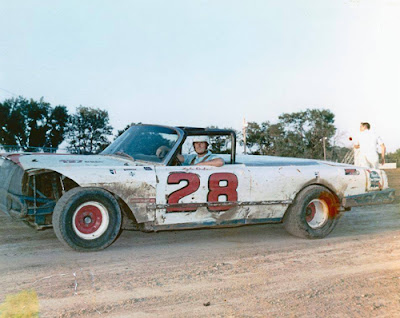 Davenport, Iowa (May 29, 1964) - Clint Morehouse, Moline, Ill., and Benny Hofer, Rock Island, Ill., waged a grueling duel for 30 laps before the former came out in front by less than a car’s length to win the modified division feature last night at Davenport’s Mississippi Valley Fairgrounds

Close to 4,500 fans watched Morehouse and Hofer battle down to the finish line with Tuffy Meyers, Clarence, placing a close third. It was Morehouse’s first feature victory at the Davenport track.

Crack-ups came at a fast pace in the modified feature race with six cars going to the sidelines during the first three laps. Dean Montgomery, Milan, Ill., then slammed into a light pole on lap 7 and was put out of commission This accident also delayed competition for several minutes.