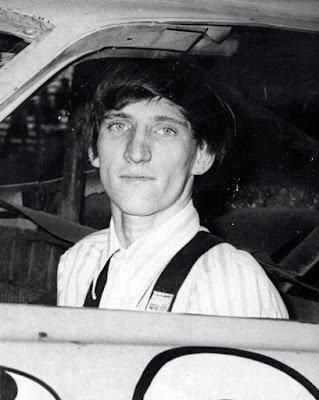 
Knoxville, Iowa (September 10, 1977) - It's only fitting that the richest stock car race in Iowa be won by the state's most successful driver this season. That happened here Saturday night as Curt Hansen of Dike raced to victory in the third annual Fall Jamboree at the Marion County Fairgrounds.

Hansen jockeyed for the lead in the 50-lap finale with Joe Merryfield of Des Moines before Merryfield suffered a flat tire. Then, after building a comfortable lead, a restart 19 laps from the finish cut the gap.

Coming from eighth position, a hard charging Fred Horn of Marion had his sights on Hansen the remaining laps and Horn closed in the final five laps only to have the Dike driver edge him by several car lengths at the finish.

Hansen, who qualified second fastest in the three-day affair, earned the biggest single night paycheck of his career - over $4,000 - for Saturday’s win on the half-mile dirt track.

Waterloo's Dick Schiltz also came away a winner as he won the 35-lap sportsman feature race and the $2,000 first place prize. Schiltz and Denny Osborn of Cedar Falls waged a two-car battle much of the way before Osborn crashed into the second turn wall just four laps from the end.