1970 – Walkup Walks Away with Branson Title 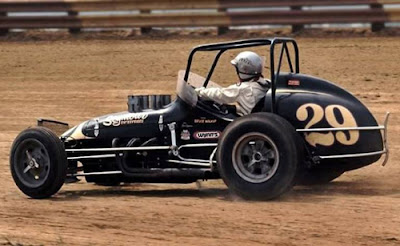 Terre Haute, Ind. (September 13, 1970) - Bruce Walkup grabbed a lead at the midway point and went on to win the Don Branson Classic sprint car race at the Action Track yesterday.

Walkup won the 40-lap grind for United States Auto Club sprinters in a coast, as most of the dueling was for second spot.
Larry Dickson took the runner-up position, while Gary Bettenhausen had to settle for third. Bill Puterbaugh pulled into fourth place.

Puterbaugh held the lead before Walkup but dropped to fourth on the 24th lap. Carl Williams moved up to fourth with 10 race laps remaining, but Puterbaugh passed him three laps later and Williams had to settle for fifth place.

Greg Weld moved up two places on the 34th lap and ended up sixth, while Don Nordhorn was seventh and Rollie Beale eighth.

Johnny Rutherford started the race in the front of the pack, but he dropped back steadily and finished ninth. Sammy Sessions was tenth.
Ralph (The Racer) Liguori captured the semi-feature race which went 12 laps. He gained the lead from Lennie Waldo, who finished sixth, on the fourth lap and never relinquished it.