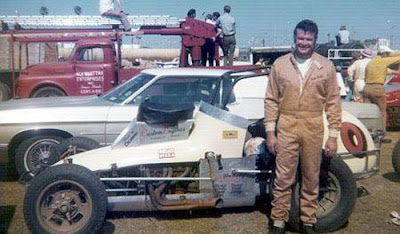 Three times, spinning cars brought out the caution that called for realignment of the field and cost him the lead he had built.

But at the finish, the Bowling Green, Ohio, driver was still three-quarters a lap on the old half-mile Florida State Fairgrounds oval in front of rest of the field.

So Ferkel won the first of the Winternational Sprint Series at Plant Field on Saturday afternoon. He finished ahead of Chuck Amati of Marion, Ill., and Greg Leffler of North Vernon, Ind.

It was the three yellow flags that made the race seem so long. Each time the pace car went out to line up the field while the track was cleared and each time Ferkel lost nearly half a lap advantage he had earned.

That means he raced a lot mor than the scheduled 30 laps.

“When I saw the halfway signal, I thought to myself, ‘Oh no, this race has to be over,’” he said.

He had a close call. He hooked a wheel in a rut between the first and second turns and almost went completely out of control.

In spite of the threat of the cold weather, the weather worked just right for the Fair races. The sun shown hot and bright and coaxed out a crowd of 7,563, the biggest crowd to attend a Fair race since 1970.

The consolation qualified three of the real hustlers into the feature, Amati, Saldana and Leffler. Jan Opperman also qualified by way of the consy but he had handling issues in the feature and finished well down on the list.