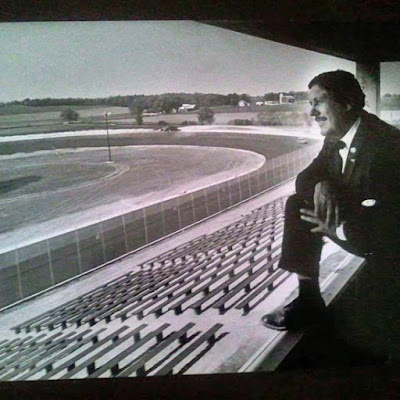 Madison, Wis. (February 20, 1963) - A new stock car racing track is being planned on a site one mile east of Highway 51 on 151 this spring, Sam Bartus of Mosinee, operator of tracks at Wisconsin Rapids, Wausau, and Friendship, announced Wednesday.

Construction on the one-quarter mile asphalt track, to be known as Capital Speedway, will begin in April, pending final reconsideration on a license tonight by the Dane County board of supervisors, who approved the site at their January meeting.

Bartus is seeking the license from the county amusement committee. Some strong competition is apparent.

Bartus’ investment would run between $36,000 and $50,000. He plans to open the track on Memorial Day weekend and hold weekly races on Saturday nights and holidays. The track would be lighted for night racing and spectator stands would be built into an adjoining slope. His plans include, as a safety measure, a four-foot retaining wall topped by a 10-tall cyclone wire fence.

The site is a 30-acre plot on the Leo Zeier farm, 1,200 feet off of Highway 151. Bartus, who already has leased the property, built tracks in Wausau in 1952, Wisconsin Rapids in 1960, and Friendship in 1961, and plans to operate those at Rapids and Friendship on Fridays and Sundays.

He plans to organize a crew of officials to operate the track later this spring and will schedule a driver’s meeting “within 30 days”.