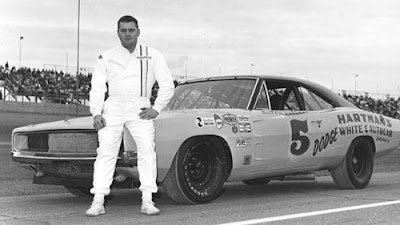 
In his first time at the half-mile, high-banked paved track, Hartman turned the qualifying lap in his 1965 Dodge in 20.35 seconds to shatter the previous mark of 20.73.


Only one wreck marred the program. Jesse Griffith, , driving a 1965 , lost control on a turn on the 12th lap, and his car tore down some double guard rails. It slid down the banked turn crossways and was struck by a 1965 driven by Jack Purcell, .