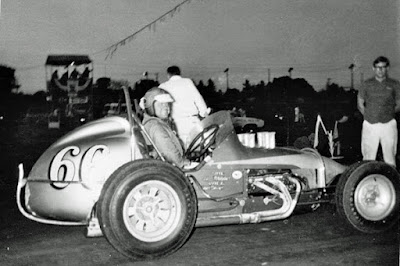 Wausau, Wis. (August 8, 1968) – Ralph Parkinson of Wichita Falls, Tex., was the night’s top winner as he captured three events at the IMCA grand championship sprint car races at the Wisconsin Valley Fair on Thursday night.
Parkinson, who was listed as a “darkhorse” entry prior to the program, won the first heat, Australian Pursuit and led all 25 circuits in the feature event. Parkinson also set a new track record in the main event, touring the 25 laps in 13 minutes and 6 seconds.
Jerry Richert of Forest Lake, Minn., took runner-up honors while rookie-of-the-year candidate Lee Kunzman of Guttenberg, Iowa, took third.
A spectacular crash in the feature hospitalized Wayne Funk of Humboldt, Iowa, in the feature. Funk slammed his Chevy-powered sprint car into the retaining wall on the northwest curve.