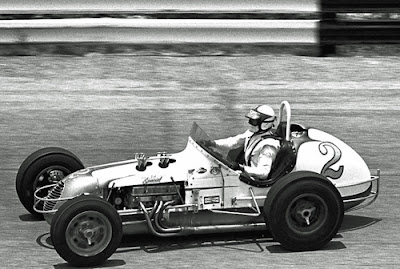 Jones, driving A. J. Foyt’s Traco Special sprint car, set fast time of 18:11, won the 8-lap heat in record time of 2 minutes and 26.20 seconds and topped the day off with the feature win.

Other heat winners were Johnny Rutherford and Arnie Knepper with Nolan Johncock winning the 10-lap consolation race in the record time of 3 minutes and 11:60 seconds.

Mario Andretti and Jud Larson supplied some real racing while dueling for fourth place. They ran wheel to wheel for several laps.