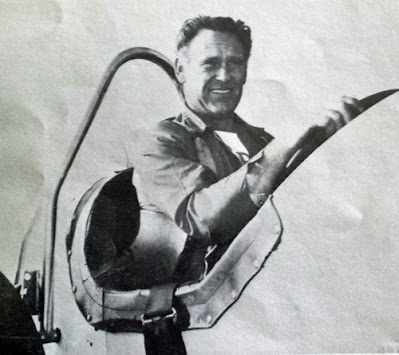 In the process, the California driver finished ahead of favorites Jerry Richert of Forest Lake, Minn., and Gordon Wooley of Waco, Tex.

Fries, the third-fastest qualifier behind Dale Reed of Wichita, Kan., and Richert, led the first two laps before losing the #1 position to the Minnesota driver.

Fries regained the pace on lap 9 and held it the rest of the way. Richert and Wooley, both driving Chevrolet-powered cars, held on to finish second and third respectively.

Ron Larson of White Bear Lake, Minn., after changing cars, roared off the backstretch on the first lap of the feature and 75 feet down an embankment. Neither he nor the car were hurt, and the race was stopped so he could re-enter.