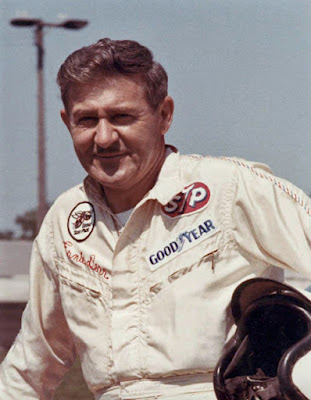 Derr, who seemed content following race leader Larry Phillips of Springfield, Mo., through some 80 laps of the feature event, began to make his move with repeated challenges during the next five circuits before taking advantage of a Phillips’ mistake for the lead on the 85th lap.

Phillips, who looked unbeatable during the early and mid-stages of the race, made a slight bobble in the third turn of lap 85 and by the time he recovered Derr, the 12-time IMCA national stock car champion, had taken a half-lap lead. Derr relinquished little real estate after that en route to the win.

Phillips was impressive in his fourth heat win, speeding away from both Chuck Arnold of Jackson, Miss., and the ever-present Derr. Eddie Potts of Joplin, Mo., was the first heat winner while a couple of Muskogee drivers, Joe Hull and Bill Sanders, won the second and third heats, respectively.

Derr and Phillips had little to no pressure from the rest of the field in the 100-lapper. Chuck Arnold finished a distant third followed by Oklahoma City’s Freddy Stowe. Johnny Bowman of Seven Gables, Mo., rounded out the top five.