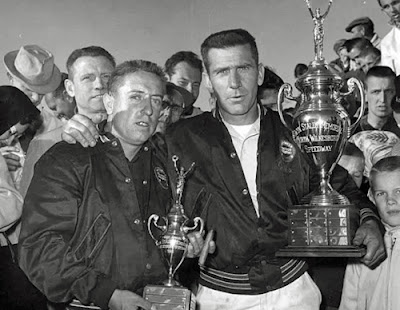 The Spartanburg, S.C., veteran won by over three laps after challengers Junior Johnson, Fred Lorenzen, and Curtis Turner were forced out because of car troubles.

His average speed, slowed by four caution flags, was 83.249 miles per hour.

Johnson led until the 61st lap until Lorenzen took over and stayed out front until he dropped out on lap 126. White then led until lap 241 when Turner powered ahead. But Turner called it quits with mechanical issues on lap 296, White took over again, and no one could catch him. White drove a 1961 Chevrolet, Johnson a 1961 Pontiac, and Lorenzen and Turner piloting 1961 Fords.

White, who earned $2,455 with the victory, eased off the last 100 laps because of slick tires and negotiated the 5/8-mile track in 3 hours and 11 seconds.

Tommy Irwin, also of Spartanburg, S.C., finished second in a 1960 Chevrolet and won $1,150. Richard Petty of Randleman, N.C., driving a 1961 Plymouth was third, and Glenn “Fireball” Roberts of Daytona Beach, Fla., was fourth behind the wheel of 1960 Pontiac.

Johnny Allen of Atlanta, Ga., was deprived of second place money when a tire on his 1961 Chevrolet blew on lap 387 and he smashed into the guardrail, demolishing the car’s rear end. He was credited with fifth place.