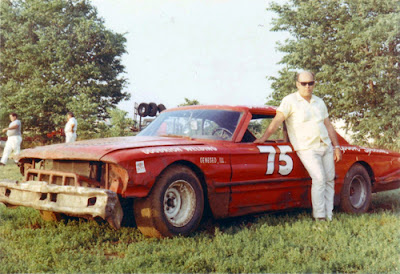 Davenport, Iowa (April 26, 1968) – John Connolly, Delhi, moved in front of the field with two laps remaining and won the late model feature race going away in the season opener at the Mississippi Valley Fairgrounds on Friday night.

Mert Williams, Rochester, Minn., appeared to have the feature wrapped up but with a little over two laps remaining, he went to the pit area with engine problems. Connolly moved up from his second position to inherit the top spot and gain the victory.

Drivers were pushing their machines extremely hard for the opening night of the season and thus, many cars were knocked out of contention for various mechanical issues.

After winning his heat race, Ron Weedon of Pleasant Valley was unable to complete the remainder of the feature due to mechanical problems. Red Droste of Waterloo was also hampered with engine problems.

Don Bohlander of Peoria and Williams were the early front-runners in the feature, but Connolly came on strong in the late stages of the 25-lapper.