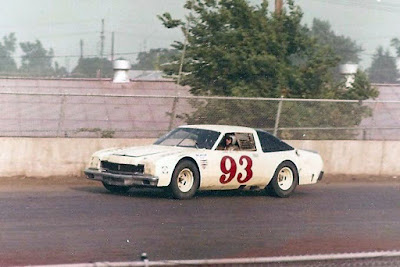 
Du Quoin, Ill. (August 26, 1978) – When Don White stormed into the lead on lap 47 of the 100-mile United States Auto Club late model stock car race Saturday afternoon at the Du Quoin State Fairgrounds, he felt confident.
“I knew it was over after I took the lead,” White said.
The Keokuk, Iowa, native went on to win the $22,538 event and the top prize of $2,815 – but not without controversy.
Bay Darnell, who finished second, had passed White on the final circuit of the 100-lap event to become the apparent winner.
However, USAC official Billy Saxon ruled that Darnell overtook White while the yellow flag was still out, which is illegal. The yellow flag was signaled on the 97th lap when Gary Bowsher lost control of his car and bumped the rail on the curve near the front straightaway.
White was declared the official winner of the race, much to the chagrin of Darnell, who angrily talked to Saxon and other USAC officials later in an effort to get the decision reversed.
Darnell even considered lodging a protest but decided against it. He contended that he passed White on a green flag, which is legal.
“I wasn’t angry about much,” Darnell said shortly after the race. “I won the race, that’s all.”
The real winner, White, was a bit more cheerful as he agreed with USAC’s decision.
But he said he couldn’t blame Darnell for his bitterness.
“He wouldn’t be much of a racer, if he didn’t feel that way,” White said.
White said the problem could have been adverted if another driver, Rich Sundling, who was not in the running for first place, had not cut between the leader White and the pace car. Sundling inadvertently drove in between White and the pace car, which White said almost cost him at a race last weekend in Springfield, Ill. White claims he lost that race because Sundling hit him from behind.
“They shouldn’t have yellow flags in the last 10 laps of the race unless something really serious happens,” explained White.
White, driving a Dodge Aspen, was 19th in the USAC point standings but added 250 with Saturday’s win.
“I’m not interested in points,” he said, “I have all the points I need.”
But White was interested in winning.
“That’s what I came for,” said White, who also won the USAC event at Du Quoin in 1968.
Terry Ryan of Davenport, Iowa, who placed third on Saturday, gained 180 points and now has 1,550. A.J. Foyt is the current leader with 1,615. Foyt did not race at Du Quoin.
Paul Feldner, the defending Du Quoin winner and 1977 USAC national champion was a spectator at the race because of a dispute with car owner Gary Wulke. The argument started two weeks ago prior to the Milwaukee race over a new engine. Feldner stated he was finished for the remainder of the season and was contemplating retirement.