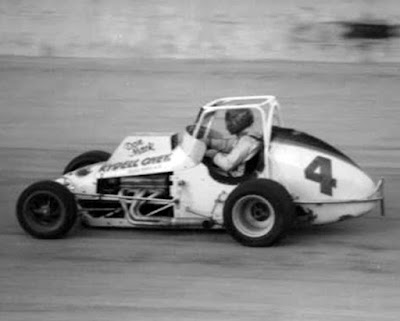 St. Paul, Minn. (August 29, 2016) – Don Mack, known as the “Flying Dirt Farmer” from East Grand Forks. Minn., picked up his biggest racing paycheck of his 17 years in competition as he won the 200-lap Minnesota State Fair sprint car championship feature race on Sunday afternoon. He collected $4,500 for his win which was witnessed by 6,256 race fans.
Mack emerged victorious although Casey Jones of South Bend, Ind., and Marvin Carman of Union City, Mich., dominated the 100-mile event at the half-mile speedway.
It was not until after the race had finished and the lap charts double-checked that Mack was finally declared the winner. Mack piloted a car owned by Doug Howells of Hunter, N.D.
Jones appeared headed for the victory until he was forced to make a second fuel stop on lap 189. Darl Harrison of Tiffin, Ohio, took runner-up honors, 25 seconds behind Mack.
Mack, who made a pit stop midway thru the race, said he was sure he won the race when he was interviewed by the public-address announcer before the order of finish was determined.
Jones, who started in the second row, led for the first two laps before yielding to Bobby Baker of Salt Lake City, who led until lap 23. Marvin Carman would take over until his first pit stop on lap 127. He would blow his engine five laps later.
Jones would inherit the top spot on lap 128 and lead until his pit stop on lap 188. Mack would take over from there.
It was Mack’s first win at the historic oval since he had won two super-modified races there years ago.
Ron Larson of White Bear Lake, Minn., won the 20-lap consolation with Bill Dollansky of Elk River, Minn., finishing second.