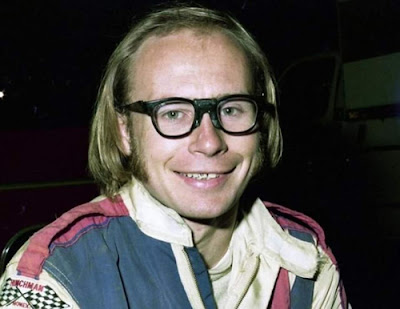 
Knoxville, Iowa (May 1, 1976) – Doug Wolfgang, a 23-year-old speedster from Lincoln, Neb., was the fastest qualifier, finished second in the trophy dash, won the fourth heat, and then capped off a great night by winning the 25-lap feature a super sprint car racing opened the season at the Marion County Fairgrounds on Saturday night.

“It was my first feature win ever,” a happy Wolfgang exclaimed after many congratulations from well-wishers and relatives.

“Boy, it was a lot of fun,” he added. “The car was really working beautifully.” The Chevrolet-powered sprinter is owned by Dave Van Patten from Des Moines. And Des Moines is where he’ll call home as he was planning on relocating from Lincoln to Des Moines first thing on Sunday morning.

Wolfgang earned $450 for the triumph. Bill Mellenberndt of Sioux Falls, S.D., was second followed by Dick Morris of Sioux City, Iowa. Lenard McCarl of Des Moines, who started on the pole, took fourth and Eddie Leavitt of Kearney, Mo., rounded out the top five.

McCarl led the first six laps of the feature before Wolfgang slid by him on the backstretch to take the lead.