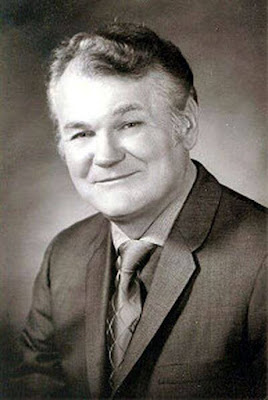 by Phil Musick
(July 21, 1969) – In fulfilling is role as a czar, Ed Witzberger sometimes looks as out of place as Mamie Eisenhower at a pot party. He eats shrimp cocktail for lunch and wears expensive white-on-white dress shirts, but the air of hustler eludes him and he mostly looks like a new grandfather.


However, in a modest way, Ed Witzberger is a czar; a hard-bitten absolute ruler of the district’s only major stock car track and the guy who pulled area auto racing from the doldrums. His policy is simple but effective; “I make all the decisions.”


Owner and operator of Heidelberg Speedway, the district’s major league stock car operation, Witzberger is mentally tough enough to say, “A driver here or there is expendable, but we have to protect the fans.”


In addition to , a half-mile paved oval he calls, “one of the best tracks in the East”, Witzberger also owns a budding goldmine, Pittsburgh Dragway, and the area’s other asphalt track, the quarter-mile Greater Pittsburgh Speedway. “Actually, me and the bank own Greater Pitt,” he remarked.


People involved in stock car racing describe the 54-year-old in terms that range from glowing to unprintable and he admits that he’s “made some enemies over time”. But even those who have denounced him hold Witzberger in respect because he is solely responsible for the recent surge in racing’s popularity in the district.


“He’s the dean in the tri-state,” says Verue Spencer, publisher of Tri-State Auto Racing News and probably the most devoted fan in the area. “He doesn’t just take. He also gives something back to the fans. Some promoters just take the money out with both hands.” 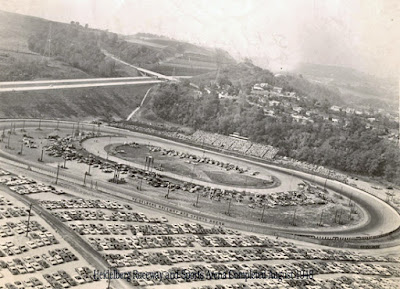 
A successful coal operator in the 1940’s, Witzberger took over in 1954 and organized the drivers into the Pittsburgh Drivers Association. The sport had flourished locally ever since.


“The original owners built the track in 1947 and they were in financial trouble when I took over,” says Witzberger. In the last 15 years, has become a nationally-respected race track, but Witzberger claims he “doesn’t know how it came about”.


Hoot Martin, a 20-year veteran of area racing, has a good idea. “I’ve cussed Ed more that anyone at times,” he said. “But he wants better racing and he’s never been afraid to put out the money to get it.”


Four years ago, Witzberger shelled out $600,000 to pave , a move that has drawn the top cars and drivers from the Tri-State area to the half-mile track. It was a wise gamble. “We’re now profitable,” Witzberger explains. “But I have to get 15 grand every time we open the gates or I’m in trouble.”


Safety and fan comfort are the bane of the stubby promoter’s existence, and he’s had some bitter words with drivers whose thinking is, “it could never happen to them”.


“We have to have safety for the race fans,” Witzberger explains, “but the drivers often resist us.” The resistance has often gotten violent and Witzberger says that his full-time safety director Walt Velte “has gotten a fat lip or two and a few black eyes.”


Czars historically don’t take no for an answer and Witzberger is not one to break with tradition. “I never change my mind once I make a decision. Even if I’m wrong, it stands. It has to be that way.”


in the future could be the scene of major races on the Grand National circuit, although Witzberger and officials of NASCAR are friendly enemies.


“I like the NASCAR people,” Witzberger mentioned. “I could bring a NASCAR race here – bring the big-name drivers here tomorrow if I wanted to. But NASCAR wants drivers to pay a year’s membership fee and they also want to raise pit fees. It wouldn’t be worth it to anyone for one race, and that’s what it would be – one race.”


For the present, Witzberger will continue to play Napoleon at , where he plans on making more improvements.


“I’ve never take a dime out of the track. It all goes back into the operation,” he remarked. “Of course, when I retire, I’ll have something.”