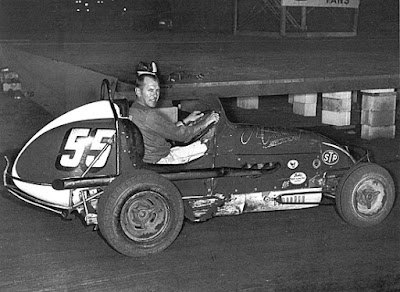 
The 20-year veteran drove his Mensing-Offenhauser to victory before 3,400 after taking the lead in the third lap and carrying the lead for the remainder of the race.


Second place finisher Lee Kunzman of fought off the threat of Joe Waller of throughout the race. Kunzman nosed out Waller by a scant three inches to take the runner-up spot.