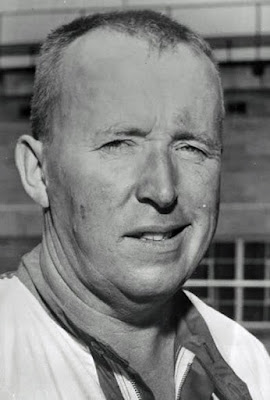 Branson out charged Parnelli Jones at the start and led the entire distance to win his first feature since 1960 on the half-mile hi-banks.

Jones kept the pressure on Branson the entire way and finished second. Elmer George was pushed to third by Ronnie Duman as Duman finished fourth. Rounding out the top-five was Roger McCluskey.

Branson and Jones began to distance themselves from the rest of the field by lap 6 and by the halfway mark had lapped three cars. On lap 25 Chuck Rodee spun in turn one and Bud Tinglestad swerved to miss Rodee but, as Rodee regained control Hugh Randall was spinning to miss Tinglestad and they collided with Tinglestad continuing with a badly mashed front end and Randall out of the race.

As the green flag returned on the 27th lap Don Davis had an oil line break which gave him a hot foot as he left the race. Branson was really charging as Jones fell some 60 feet behind and Branson lapped the third-place car, Elmer George, just before the checkered drop.

Jones out charged Branson to win the first heat while Chuck Rodee held off Ronnie Duman to take the win in the second heat. Stan Bowman, last week’s winner at Eldora, won the third heat ahead of Hugh Randall. Don Davis won the semi-main.