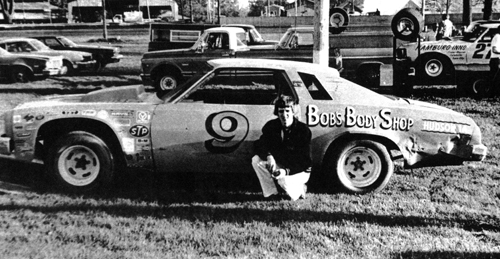 The trio went bumper-to-bumper for the final half of the feature before Hansen ducked across the finish line to claim the checkered flag.

Bill Newman of Burlington and Bob Helm of Andalusia tangled in the opening curve of the first lap in the feature race. Helm’s car was damaged heavily and both drivers were scratched from the race.

Darrell Dake, who set a track record with a 24.52 qualifying time last week, also had the fastest time this week with a 25.09.

Ron Prymek won the first heat, while Jim Gerber out dueled Weedon in a close second heat. The third heat race was claimed by Ken Walton, who also won the Australian pursuit. The semi-main was won by Newman.

In street stock competition, Dave Birkhofer won the first heat and then came back to take the checkered flag in the feature. Dan Sanders was the winner of the second heat.

The cars of Curt Hetzler and Jerry Brumley were involved in a feature accident with both cars damaged and taken out of the race.