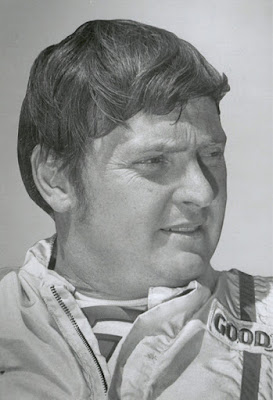 
West Chester, Ohio (May 16, 1976) – Butch Hartman, four-time United States Auto Club (USAC) stock-car champion, handily won the Automobile Racing Club of America (ARCA) 100-lap Grand National race Sunday at Woody Fisher's Tri-County Speedway, leading from start to finish, and taking the checkered under the caution flag and raindrops. He drove a 1974 Dodge Charger for the win and was followed by LeMarr Marshall, A. Arnold, and Bob Dotter, on the same lap.


Fast time went to Marshall at 19.464 seconds in the ARCA Grand National Division, but Woody Fisher powered his making 1976 Chevelle to the trophy dash victory over Marshall, Hartman, and Arnold. Luther Burton notched a 10-lap heat victory over Kenny Black, Larry Scott, and Willard Googe; while the second heat was won by Bruce Gould over Moose Myers, Ralph Jones, and Charlie Moore.
Race favorite Woody Fisher was eliminated from the contest before one lap is completed when Marshall, after receiving a push start from Fisher, lost power again on the green flag and Fisher was obliged to bump him. Marshall's car continued but Fisher pitted with a broken gear.


The race saw for caution periods for total of 23 laps the first flew after the Fisher – Marshall brush, lasting three laps. The second appeared on the 11th circuit when Cleve Smith spun on the main stretch. Caution number three was shown on lap 16 when Larry Scott blew an engine. The final yellow bunting flew on the 91st counter for oil on the track from Tony Schiller’s mount and was compounded several laps later by showers.