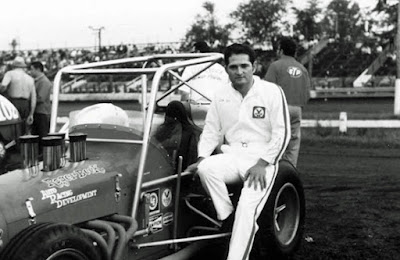 Saldana earned the pole position by qualifying in 20.75 seconds on Thursday night. He earned a total of $3,300 in winning the feature. Of that amount, $300 was for lap money.

This was the first national championship for Saldana. He led this race in 1967 but a broken wheel forced him to the sideline on the seventeenth lap. He finished sixth last year and also in the 1966 race and was fourth in 1968.

Of three former National Super Modified champions, only Goodwin did well. His title came in 1968, Jay Woodside, the champion of 1966, finished twenty-first. Thad Dosher of Topeka, Kan., the 1967 champ was not in the feature but did compete in another race.

Gene Gennetten of Kansas City won the 10-lap consolation race and Backlund edged Jerry Richert of Forest Lake, Minn., for victory in the 15-lap “B” Main.