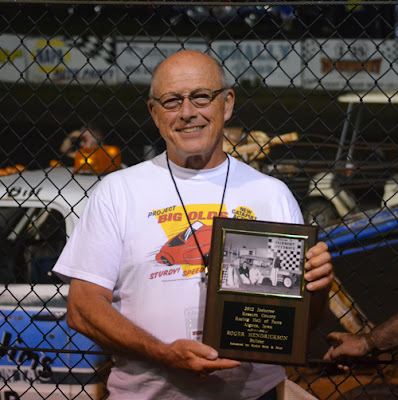 Roger Hendrickson was a master builder, wrenching on the No. 14 modified. The team of driver Jim Edgington, engine builder Ron Barton, and Hendrickson was a formidable trio. They won countless races, championships and fair races during their time together. 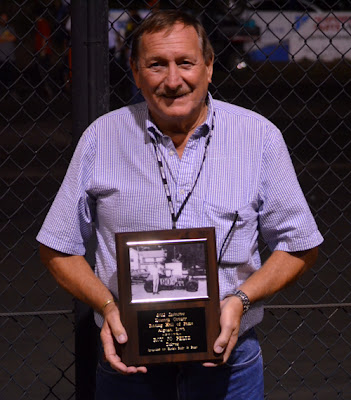 Roy Jo Peltz’s career as a driver has spanned several classes of cars, most recently sprints. He was a strong competitor at Algona Raceway across two decades of racing. 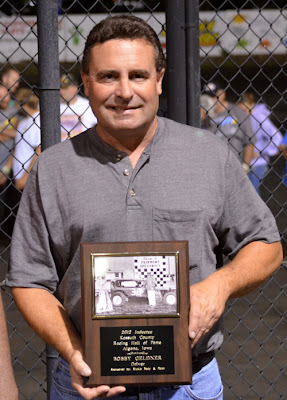 One of the original World of Outlaws and a Midwest Sprint Association hot shoe, the late Bobby Geldner raced in stocks, super-modifieds and later sprint cars at the Algona track. He spent several years’ driving for Jim and Helen Utt. 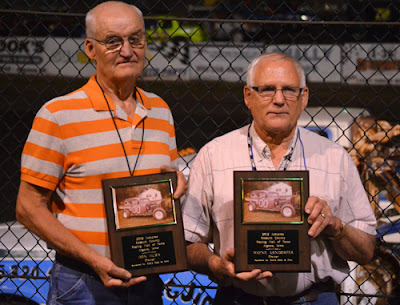 Wayne Arndorfer and Don Hurn were car owners that reached the pinnacle in racing Algona in a short amount of time. Just after high school graduation they teamed up fielding a car for fellow hall of famer Les Wildin. Together they won track championships and fair races in the early 1960’s. 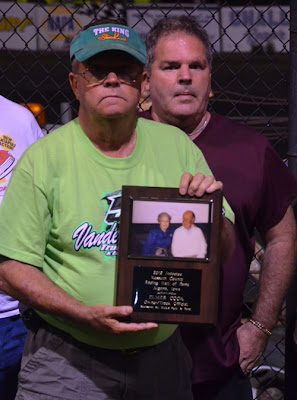 Recognized as both a car owner and a track official, the late Elmer Cook was honored for his many years in the sport of racing. His midgets raced in the Midwest in the 1950-1960’s and he also served as a track official at the Algona track. 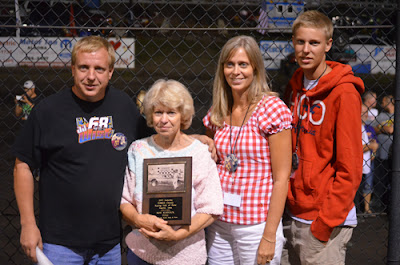 The late Bob Shryock was as accomplished dirt track driver as anyone in the Midwest. In the early part of his career, he logged many laps at the Algona speed plant. Among other wins, he was the 1973 Kossuth County Fair race champion.