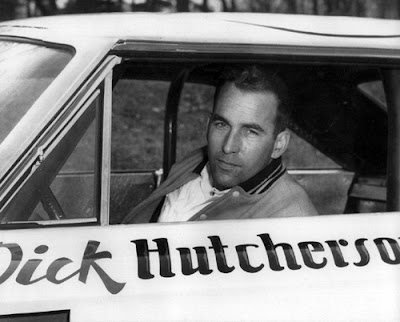 Belleville, Kan. (May 30, 1963) - Two new world's records for new-car stock cars was established at the Jayhawk 100 races held in Belleville Sunday afternoon before a capacity crowd.


Ernie Derr, 1962 IMCA stock car champion, set a new world mark for a half-mile track in the time trials with a one-lap speed of 24.50. This erased the old world mark established in 1954 by Bob Peterson at Salem, Ind. Derr knocked .33-one-hundredths of a second off the world record, which had been :24.83, Derr, of Keokuk, Iowa, was driving a 1963 Pontiac.


The world record is for dirt and asphalt half-mile tracks.


This record also had stood since 1954 and had been set at Salem, Ind., by Bob Peterson. Hutcherson, currently in third place in the IMCA stock car standings in a 1963 Ford, and Ramo Stott, Keokuk, Iowa, driving a 1963 Plymouth and the current IMCA point leader, fought a duel for the 100-lap championship here Sunday.


On the 42nd lap Hutcherson grabbed the lead for good to go on and win the race, with his and Stott's car never more than a car length apart.


Hutcherson and Stott lapped ever one in the field one-lap with the exception of Funk, the third-place finisher.


The race was exceptionally trouble free, as only two cars failed to finish out of the 13 starters.


Eight of the top 10-stock car drivers in the standings were present for the event here Sunday for non-money winners, which preceded the 100-lap feature event.