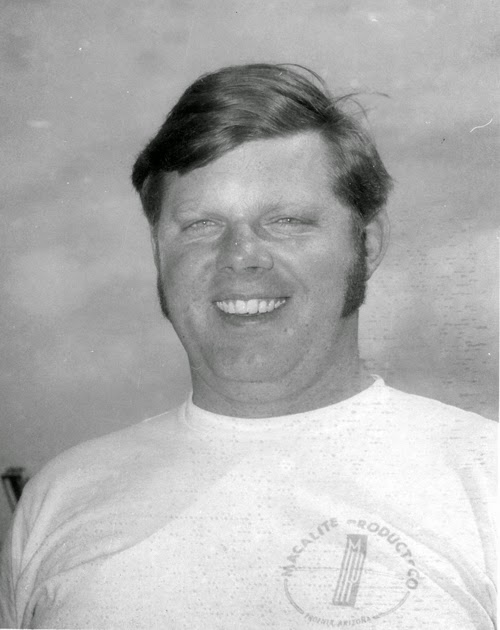 Ralph Parkinson Jr.
(August 30, 1975) – Ten years ago, when he was a 16-year-old and his father was racing at the state fairgrounds at Lincoln, Ralph Parkinson Jr., stole a racecar out of his garage at Wichita Falls, Texas.


He loaded the short wheelbase super modified up and headed for , 50 miles away.


He had only been in a racecar twice and was an old enough to get the pits, but Ralph Parkinson Jr., did it anyway.


And guess what? He had ninth quickest time that night, finished second in his heat race, eighth in the feature and drove home $25 richer.


Racing was in his blood.


Saturday at the fairgrounds, Ralph Parkinson Jr. didn't have to lie about his age. And he could very well deceive his father.


is getting to be younger Parkinson's favorite place to race. He was a state fair feature winner four years ago in his last appearance in the capital city.


Actually, Parkinson Jr. is a relative newcomer to sprint car racing despite his early introduction. He spent four years in engineering school at the University of Texas before returning to the sport four years ago.


“I like it,” he says. “I grew up Sunday afternoons on ’ dry slick order mile dirt track. Maybe that's why I this track so well.”


Parkinson, now of , qualified for the feature and earned the pole position by winning the 10-lap consolation feature.


Eddie Leavitt was his closest challenger the first eight laps of the main event, but dropped out of the competition on the 13th lap after his car tangled with IMCA point leader Bill Utz.


Utz, moving to the back of the pack, never recovered from the spin out midway through the race and finished 11th.


Opperman moved to second on the ninth lap and stayed in that position the rest of the race.


“I looked over my shoulder and saw Jan on the restart,” Parkinson Jr, said. “But I had no idea pop was running in there so close. That's nice. We ran third and fourth last week at ().”


Parkinson Jr. figures, “I have four years of solid racing under my belt. Actually, this is only my 12th race this here. I didn't get a very good ride and had some personal problems to straighten out.”

He's missed Nebraska State Fair competition the past three years after packing his bags and moving to to race sprint cars there.


“I've raced everything - go carts, bicycles, AMA cycles, everything,” the younger Parkinson said. “The bug was there when I was little. I missed it those four years I went to college. I'm glad I'm back in it.”